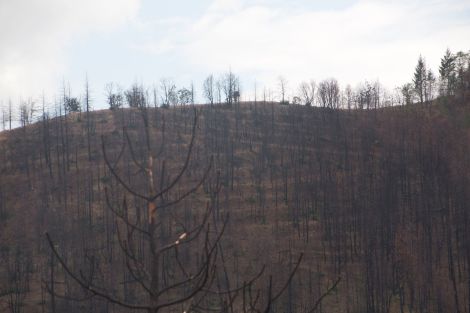 High severity wildfires due to a history of fire suppression burn tree plantations above Beaver Creek leading to mudslides in the community below, Summer 2015. Photo: Stefan Dosch

This project assesses the vulnerabilities resulting from increased fire intensity and severity within Karuk aboriginal territory [1.48 million acres see maps 1 and 2 below] in the face of climate change at three scales:

1) Vulnerabilities to Karuk tribal traditional foods and cultural use species

2) Vulnerabilities to Tribal Program Infrastructure and

1. Vulnerabilities to Karuk tribal traditional foods and cultural use species

Numerous tribal traditional foods and cultural use species are at risk in the face of increased fire intensity and fire severity as well as the management actions taken during and after high intensity fires (Dittmer 2013; Norgaard 2014; Voggeser et al 2013). Over three-quarters of Karuk traditional food and cultural use species are enhanced by fire (Personal communication, Tripp 2013 intergenerational TEK, Norgaard 2013). The exclusion of fire has led to radical ecological changes including high fuel loads, decreased habitat for large game such as elk and deer, reduction in the quantity and quality of acorns, and alteration of growth patterns of basketry materials such as hazel and willow, to name but a few examples. Yet while these species are adapted to cool, low intensity fires, high intensity burns are potentially lethal. And while the increase in large heat intense wildfires are a threat to traditional foods and cultural use species, fire fighting tactics themselves frequently put these species at risk.

[Video: Bill Tripp, Deputy Director of Eco-Cultural Revitalization for the Karuk Tribe talks about fisher habitat and cultural use species at Bacon Flat in Orleans, CA.]

Managing for climate change requires long-term institutional capacity within the Tribe, yet climate change itself simultaneously holds the potential to undermine Tribal capacity. Tribal capacity is needed to respond to high severity burns, and their associated emergency consequences and human health outcomes. For example, high severity burns may be followed by flooding which in turns impacts community transportation, health, and safety. 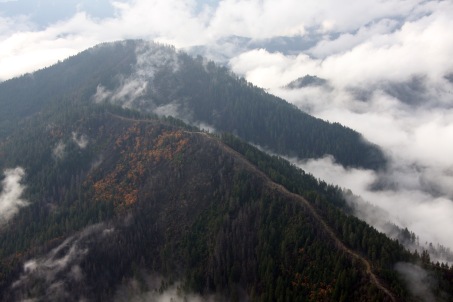 Actions taken by non-Tribal agencies during high intensity fires, from the dropping of retardant to the creation of fire lines may interfere with Karuk culture, values and management principles. In the aftermath of large fires, actions by the Forest Service such as salvage logging not only puts species of importance to the Tribe at risk, but further damages relationships across jurisdictions that are needed now more than ever. A second dimension of the proposal is assessment of the vulnerability of Karuk tribal programs to the increased severity and frequency of fire in light of climate change.

[Slideshow: High severity forest fire and salvage logging lead to July 2015 mudslides on the Klamath River and its tributaries]

Most of the Karuk Tribe’s Aboriginal Territory and land base is within the National Forest System. As a result the lack of recognized ownership or jurisdiction limits Tribal ability to establish and maintain effective Tribal programs under the current budget formulas, laws and policies of the United States. On top of this, climate change has the potential for negative impacts on Tribal sovereignty as cultural use species move, as landscapes and territories are altered, and because climate change is rapidly reshaping the legal landscape (Bennett et al 2014, Tsosie 2009, Wood 2009; Williams and Hardison 2013, Whyte 2013). In the absence of an overarching legal framework at the federal level Tribes face potential loss of acknowledgement of their jurisdiction if they are excluded from or cannot keep up with the multiple and rapidly changing dynamics between federal and local actors. 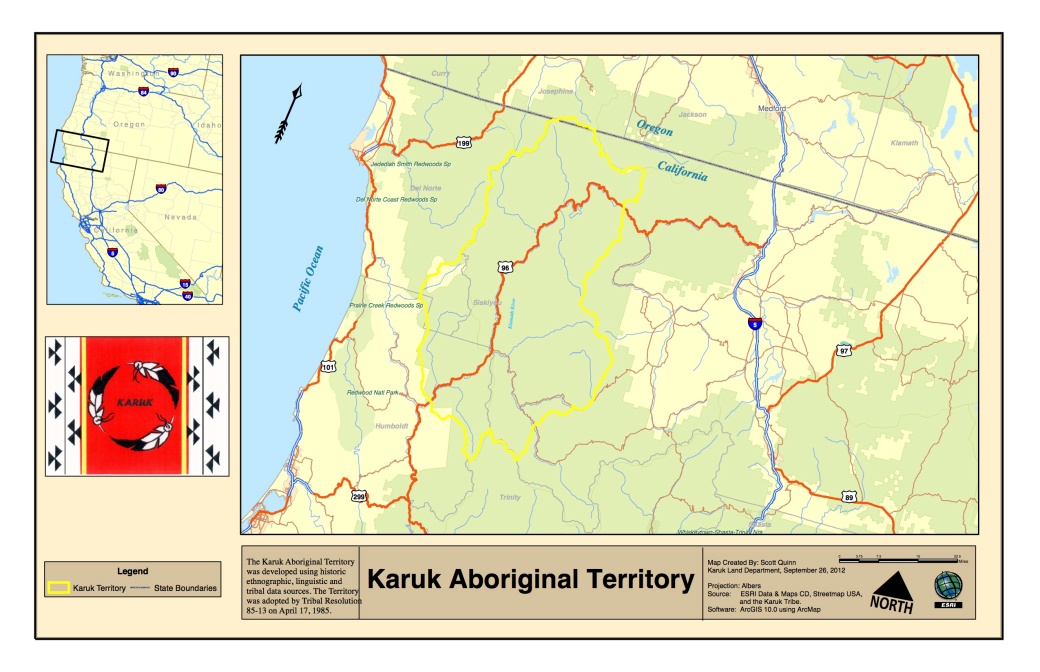